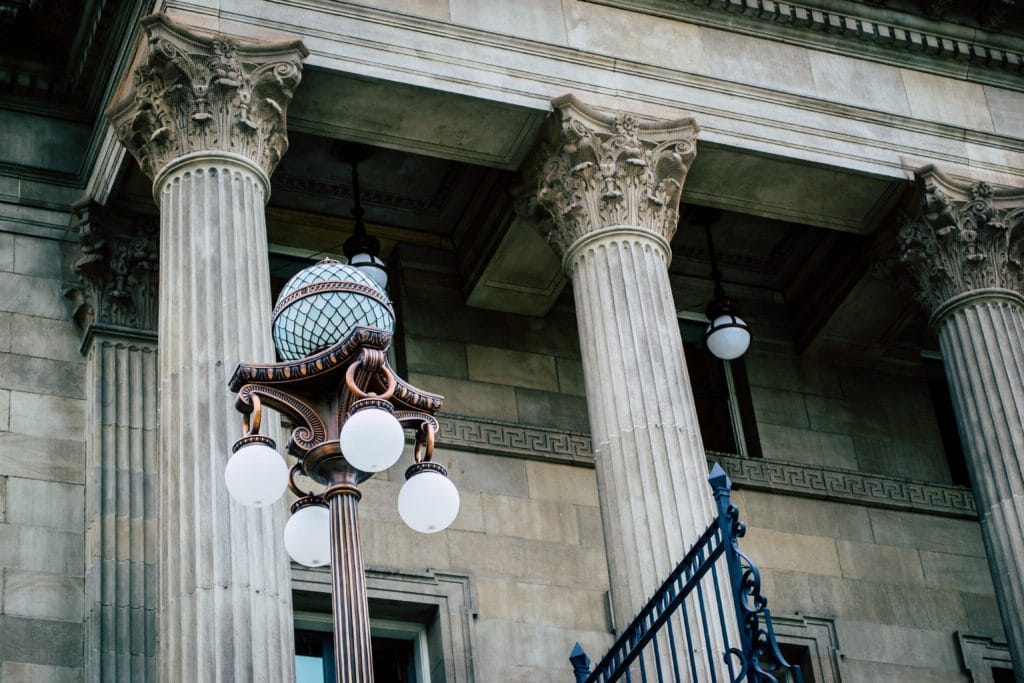 If you’re thinking about having to file a lawsuit, chances are things are pretty dire. If you or a family member are severely injured, dealing with medical bills on top of regular expenses can become overwhelming, if not impossible. One remedy is to make the responsible party pay for their actions by filing a lawsuit. Both individuals and corporations may be sued. The following is a general road map of what occurs when you file a lawsuit: 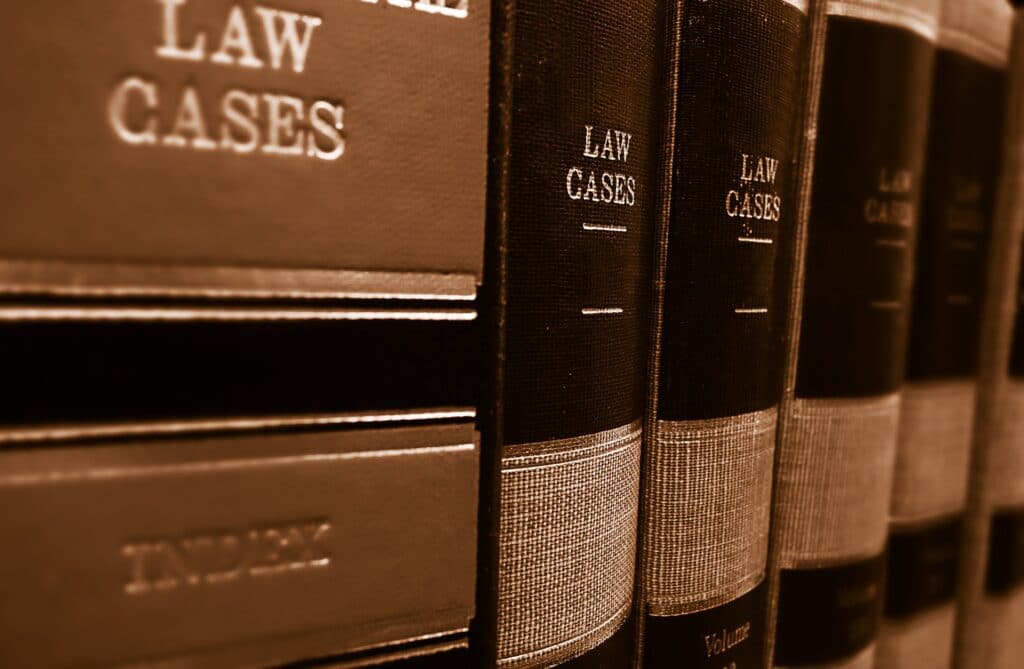 Having to file a lawsuit takes substantial time and money. The best course of action is often to settle with the liable party before having to file a lawsuit. Not only does this guarantee money now, it eliminates the risk of getting nothing at trial or getting reversed on appeal. The threat of filing a lawsuit is also incentive for the opposing party to settle. No one wants to get sued.

If the liable party has insurance that covers the incident, you will be dealing with an insurance company during this phase. Their responsibility is to pay the amount of money that their insured is covered for. However, often the insurance company’s goal is to pay nothing or as little money as possible. This is where an attorney can help you negotiate and settle your case for maximum value, before having to even file a lawsuit. 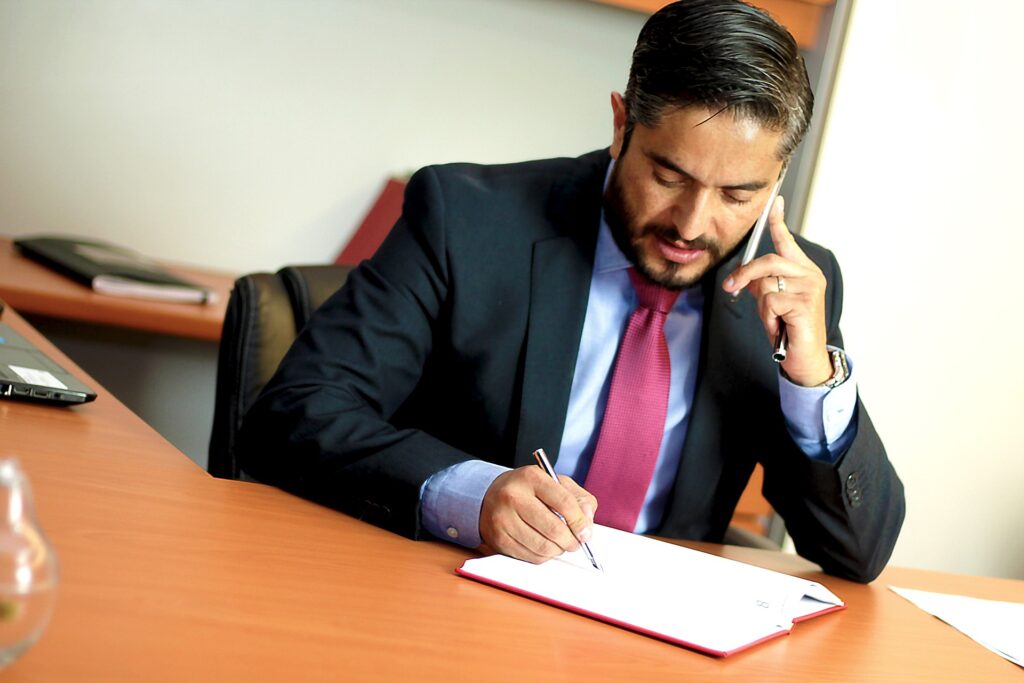 If the liable party or insurance company denies responsibility, filing a lawsuit may be the only way to protect your rights and/or recover monetary compensation for your harm. A lawsuit begins with the filing of a complaint in the appropriate court with jurisdiction. This is a document that outlines the causes of action being brought by the plaintiff and the damages being sought. The filing of the complaint essentially starts the lawsuit and begins a timeline of events and deadlines. A case management conference is typically scheduled between one hundred twenty (120) and one hundred eighty (180) days after the lawsuit is filed. A trial date is typically set six (6) months to one (1) year out from the case management conference date. However, due to the courts’ budget and other limiting factors, there is a backlog of cases in the California court system. This overcapacity means trial dates may be set for one and a half (1 ½) years or even later after the lawsuit is filed. In addition, trial dates may be continued after being set. A typical lawsuit may last for two years before getting to trial. 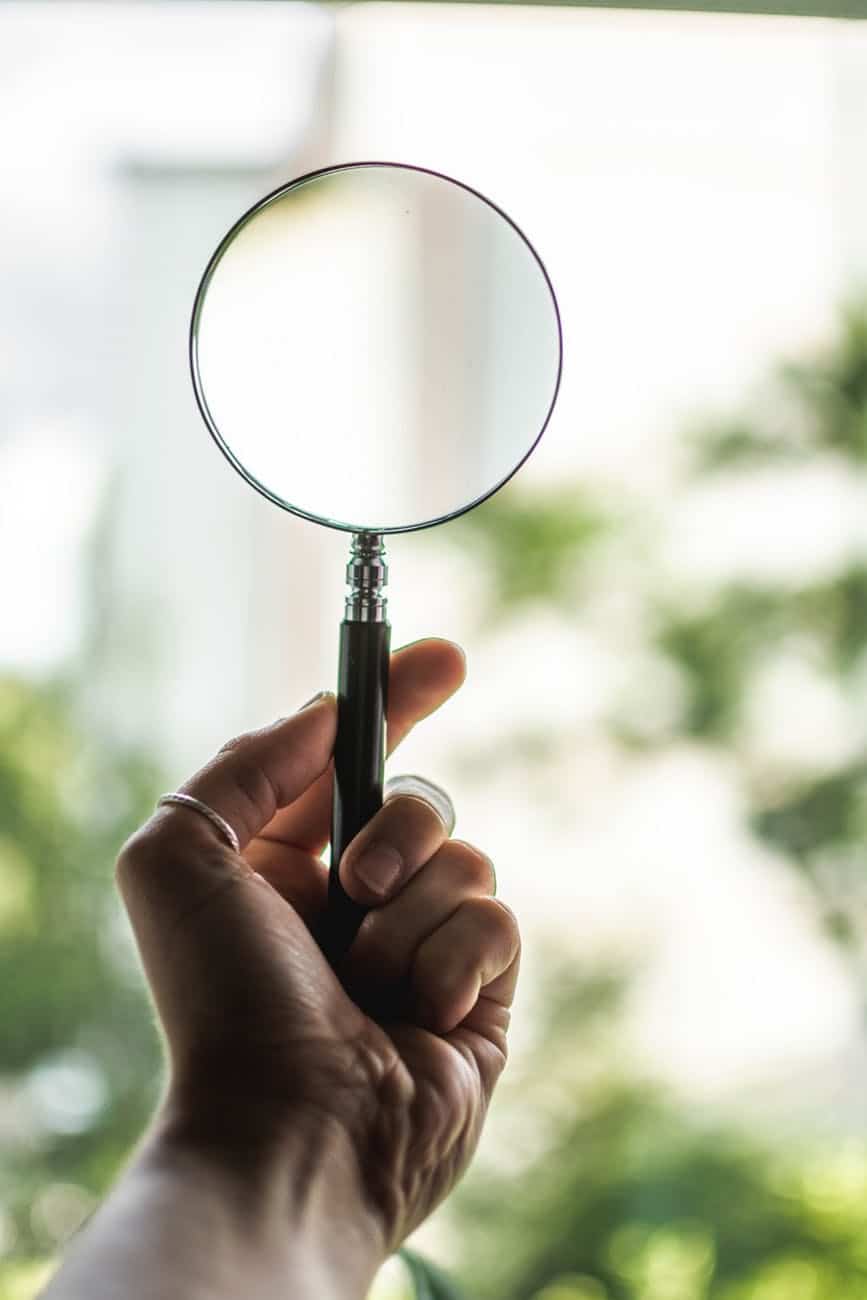 The first phase of a lawsuit is generally referred to as the This triggers the tooltip phase. During this period both sides are allowed to gather evidence for their case. This may come in many forms. For example, written discovery can come in the form of questions that each side must answer under oath and penalty of perjury. In addition, relevant documents, items or other tangible things are produced at this time. If the lawsuit involves a vehicle, then a vehicle inspection will also take place during the discovery phase. Medical examinations of the plaintiff are typically conducted by the defendant’s expert witnesses as well. depositions of fact witnesses, party witnesses, third-party witnesses and expert witnesses are also important pieces of evidence that are gathered during this phase. A wide net is cast during discovery to capture the potential world of evidence in a case. It is important to understand that not everything produced during the discovery phase will become evidence at trial. Eventually there is a discovery cutoff as the trial date approaches. 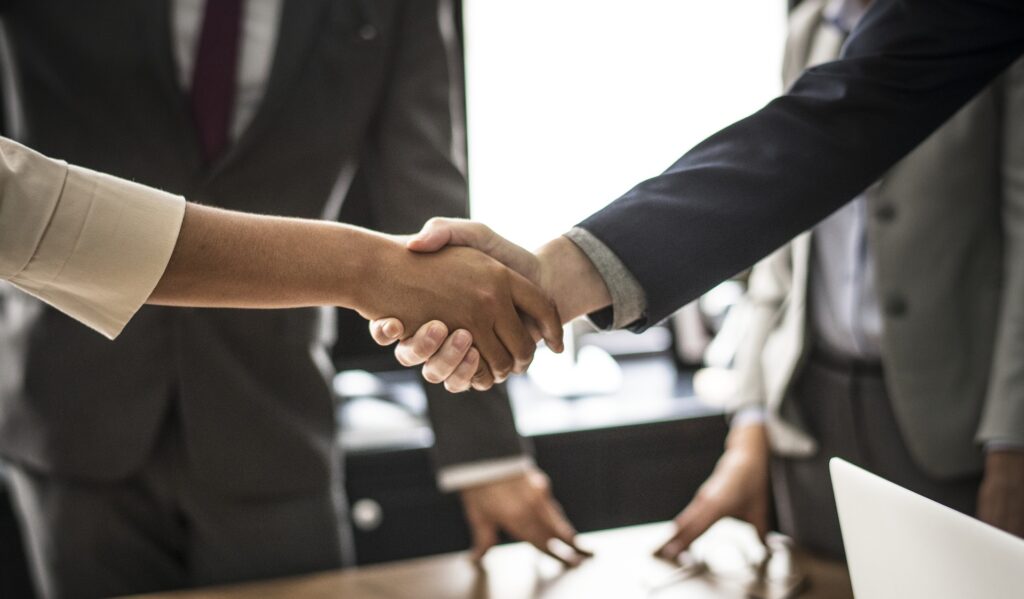 Even if you are unable to settle your case before filing a lawsuit, you can still settle at any point in time, even during trial. After the discovery phase, both sides will have had the opportunity to gather evidence and evaluate their cases fully. This often may spur settlement because both sides understand the weaknesses of their own case. Mediation is a way to settle your case outside of the court system and trial. Unlike arbitration, mediation is an informal, non-binding process. All parties must agree with the settlement, the mediator does not make the final decision. Mediation is a great, inexpensive way to resolve a lawsuit. Most settlements are obtained through this process. 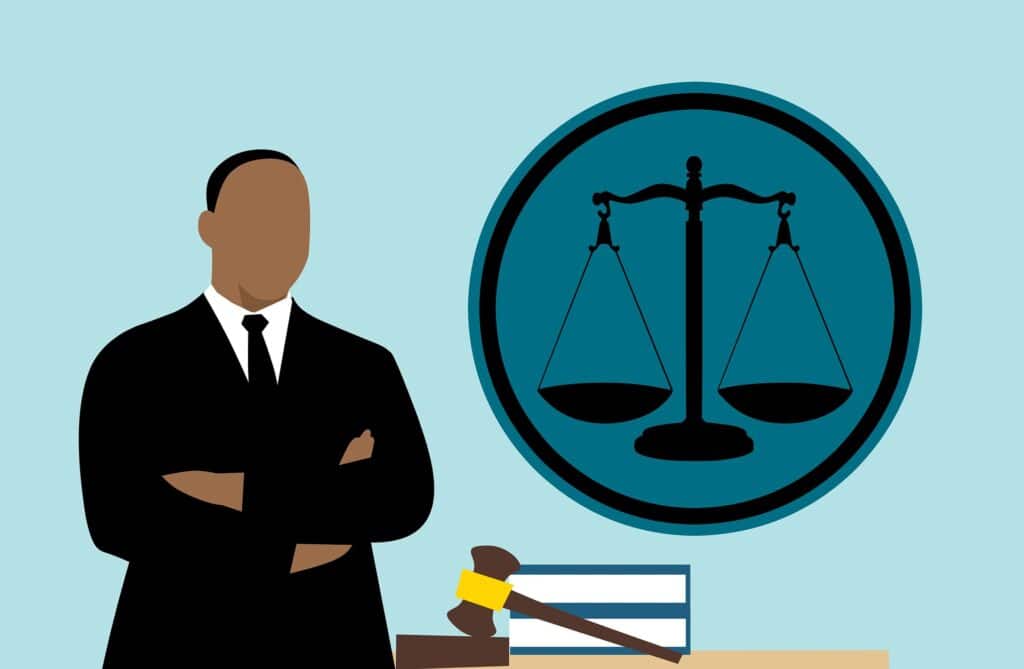 The United States is one of few countries with a jury trial system, a right guaranteed by our seventh (7th) amendment. This means that twelve (12) members of your community are selected as jurors to decide the merits of your case. This begins with a call for jury duty, summoning all potential jurors to court. The jury is responsible for deciding the facts of your case and applying those facts to the law as given by the judge. The judge determines the applicable law and makes legal and evidentiary rulings throughout the trial.

Jury selection begins the process of trial. Potential jurors are gathered in one courtroom and attorneys from both sides have the opportunity to question each individual juror. This process allows each side to eliminate potentially biased jurors or ones with a conflict of interest. It is important, for both sides, to get a fair and neutral jury who is open to listening to all evidence before making a decision. Thus, attorneys have the ability to eliminate certain jurors based on their answers if they are seemingly biased or have a conflict. Attorneys also have the ability to eliminate any juror outright, so long as it is not based on gender, sexual orientation, race, religion or any other protected class.

Once a jury is selected, the presentation of evidence begins. Opening statements previewing each side’s case and evidence is presented first by the plaintiff, then by the defendant. Because the plaintiff has the burden of proving her case, she is first to present all of her evidence to the jury. This can come in the form of evidence gathered during the discovery phase, live witness testimony or any other form of admissible evidence. The defense has the opportunity to cross-examine witnesses during the plaintiff’s case in chief. Upon the plaintiff resting her case, the defense then presents their counter evidence to the jury. Similarly, the plaintiff may cross-examine witnesses during the defense’s case. The presentation of evidence ends with closing argument from both sides. The judge then reads certain jury instructions to the jury, these instructions educate the jury on the applicable law, their task is to apply the law to the evidence presented and come to a decision. Before deliberation, the jury has to select one of its members to be the foreperson who is in charge of leading discussions and making sure everyone has a say.

Ultimately, the jury is given a verdict form to fill out, this form has all of the elements of each cause of action the plaintiff is suing over. As the jury goes through each element, they decide whether the plaintiff has proved each element according to the applicable standard of proof—a preponderance of the evidence in civil cases, i.e., more likely true than not true. It is important to note that a unanimous decision does not have to be made by the jury in civil cases. Only nine (9) out of twelve (12) jurors have to agree on each element of each cause of action before moving on to the next in California. All twelve (12) jurors must participate, even if they were not part of the majority that decide the prior element. It also does not have to be the same nine (9) jurors who agree on each answer. After the liability portion of the verdict form, the jury then determines what damages to award. 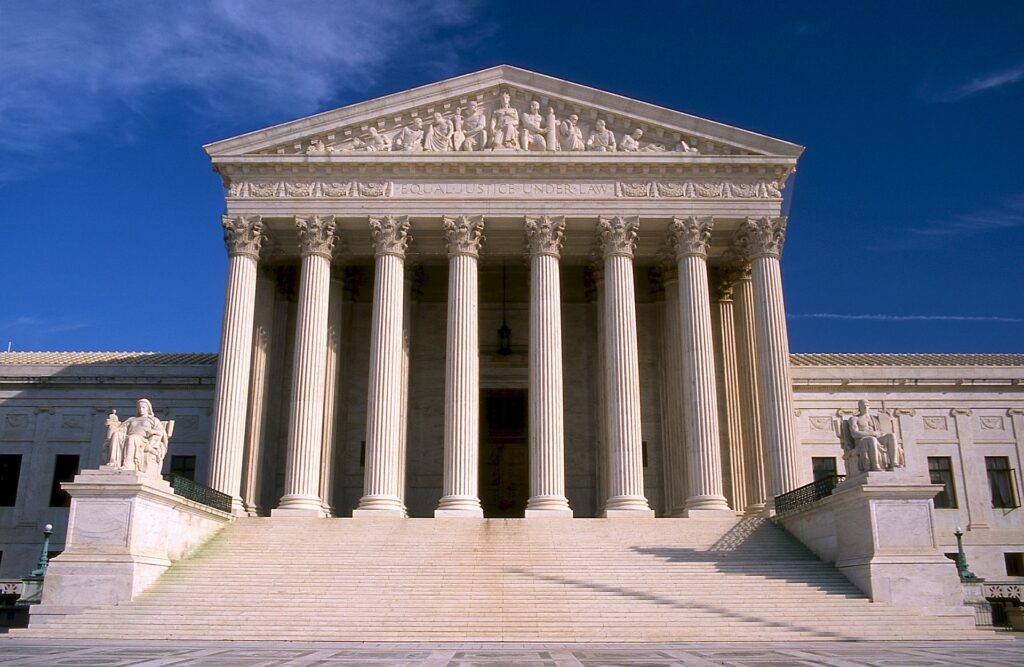 Once a verdict is reached, the case is not over. Even if the verdict comes back for the plaintiff, meaning she won her lawsuit and  may be awarded money, the defendant has the right to appeal the case. An appeal can take another year or more to resolve, often injured plaintiffs settle for a lower amount than what was awarded by the jury so that they can have the money they need now to pay for medical treatments. If the appeal goes forward, the defendant has to post a bond that is one and a half times (1.5x) the judgment.

Now that the case is over and there is money to be distributed, where does all the money go? Most, if not all, personal injury plaintiff attorneys operate on a contingency fee basis. We know that most people cannot afford the high hourly rates that attorneys command, however, this does not mean you are not entitled to the best legal services out there. Therefore, contingency fee means the attorney only gets paid if he gets you a positive result, i.e., the attorney’s fees are contingent upon winning the case and getting money from it (Note: losing a case at trial could have the added consequence of having to pay the opposing side’s case costs or even legal fees as the plaintiff). Pan Law Group, Inc. also fronts all of the costs associated with handling a case. These are only reimbursed if there is a positive result at the end. If the case ultimately ends in a loss, the client gets nothing, however, the attorney is at a loss for all of the case costs that he had fronted to that point.  Other contingency based plaintiff law firms may require an initial deposit for litigation costs and may bill the client in real time for litigation costs. These costs are only reimbursed to the client if the case ends in a positive result.

Contingency fee percentages are typically tiered based on the timing and progression of the case. For example, twenty-five percent (25%) if a settlement is reached without having to file a lawsuit; thirty-three and one-third percent (33.33%) if a settlement is reached after filing a lawsuit but before trial; and forty percent (40%) if the case goes to trial which results in a plaintiff’s verdict. Attorney fees and case costs are deducted from any settlement or verdict result. By law, any medical or prior attorney liens must be paid at this point before the money can be distributed to the plaintiff. Any money won from a lawsuit or settlement is not taxed, this is because the money is compensation for damages suffered and not earned income.

Filing a lawsuit opens up a winding path with no guarantee that you will arrive at your intended destination, however, our goal at Pan Law Group, Inc. is to guide you through this road on your way to maximum recovery.

DISCLAIMER: The content above is entirely the opinion of Pan Law Group, Inc. and should in no way be considered legal advice. Please contact us for a free legal consultation if you have any questions. Thank you.

Next PostWhat Is My Case Worth?